Situated on the west end of the Humber Bay Shores area, historically known as the ‘Motel Strip,’ this mixed-use residential development provides the context for rich, multi-layered urbanity in a suburban neighbourhood. Through the provision of public amenities and residential lobbies at street level, commercial connections along the major streets, pedestrian access between parkland, shoreline and the urbanized land, and taller, more slender buildings, Eau du Soleil aspires to set precedents in family-friendly, high-rise development.

On its 15,150 square metre site, Eau Du Soleil’s two 65- and 45-storey towers extrude from a residential podium and parking structure with shared amenity spaces and green roofs. Based on a sweeping gesture, the buildings feature sloped and terraced tower faces allowing for diverse housing and recreational typologies. The various parts of the building are unified through the continuous sloping motion, which is further emphasized by lighting strips and the bridging of the podium. The puncture through the centre of the podium’s mass lifts the base from its foundation, creating a bridge between the two towers and a dual porte-cochère.

A site requirement of the Motel Strip Precinct Plan was to redevelop the neighbouring park. The project leveraged the opportunity for the park redesign, making it more accessible to all of the new condominiums being built on the Motel Strip. The park plans also call for an urban cistern, a skating pond, splash pad, seating and a connection to the lake. 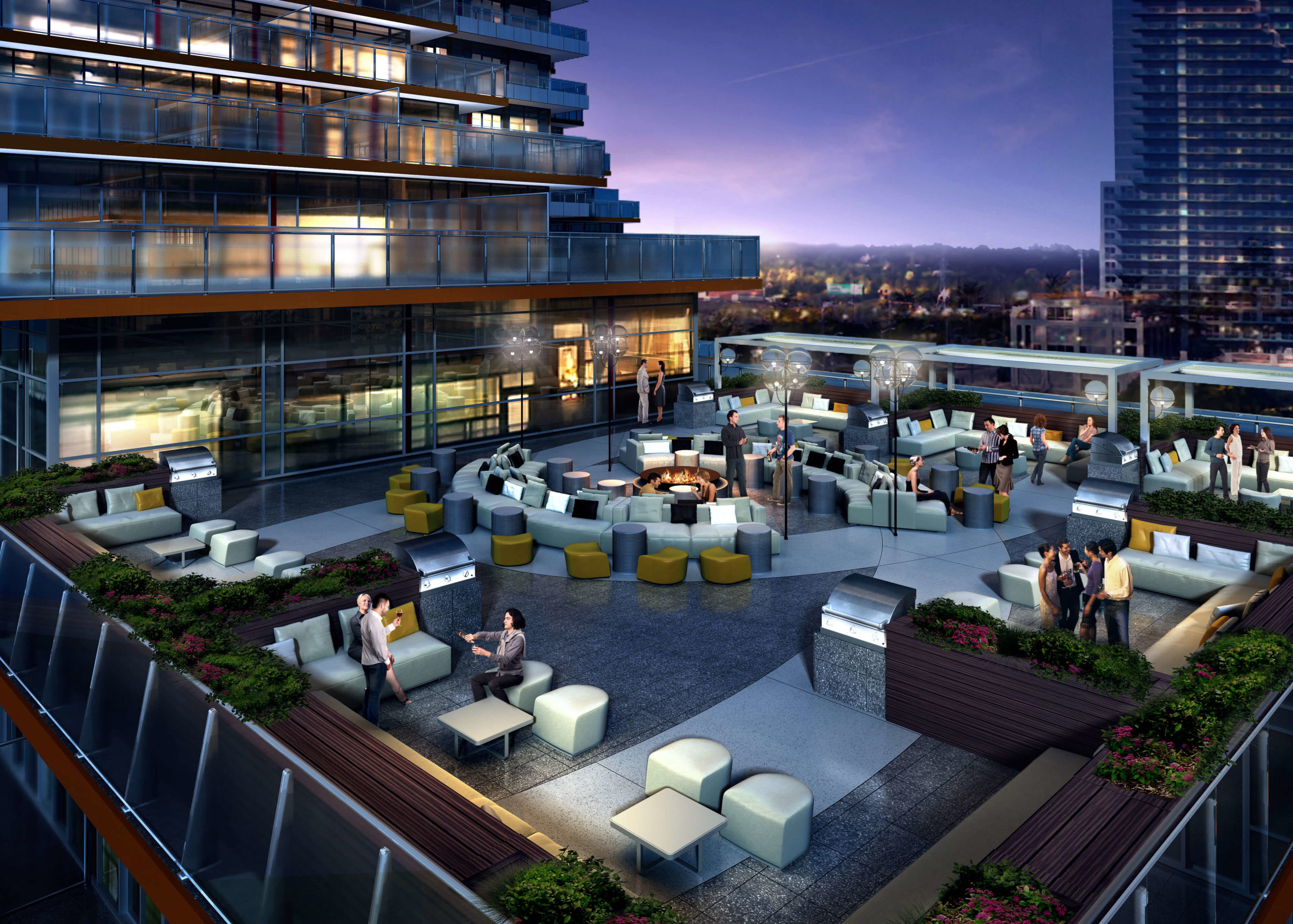 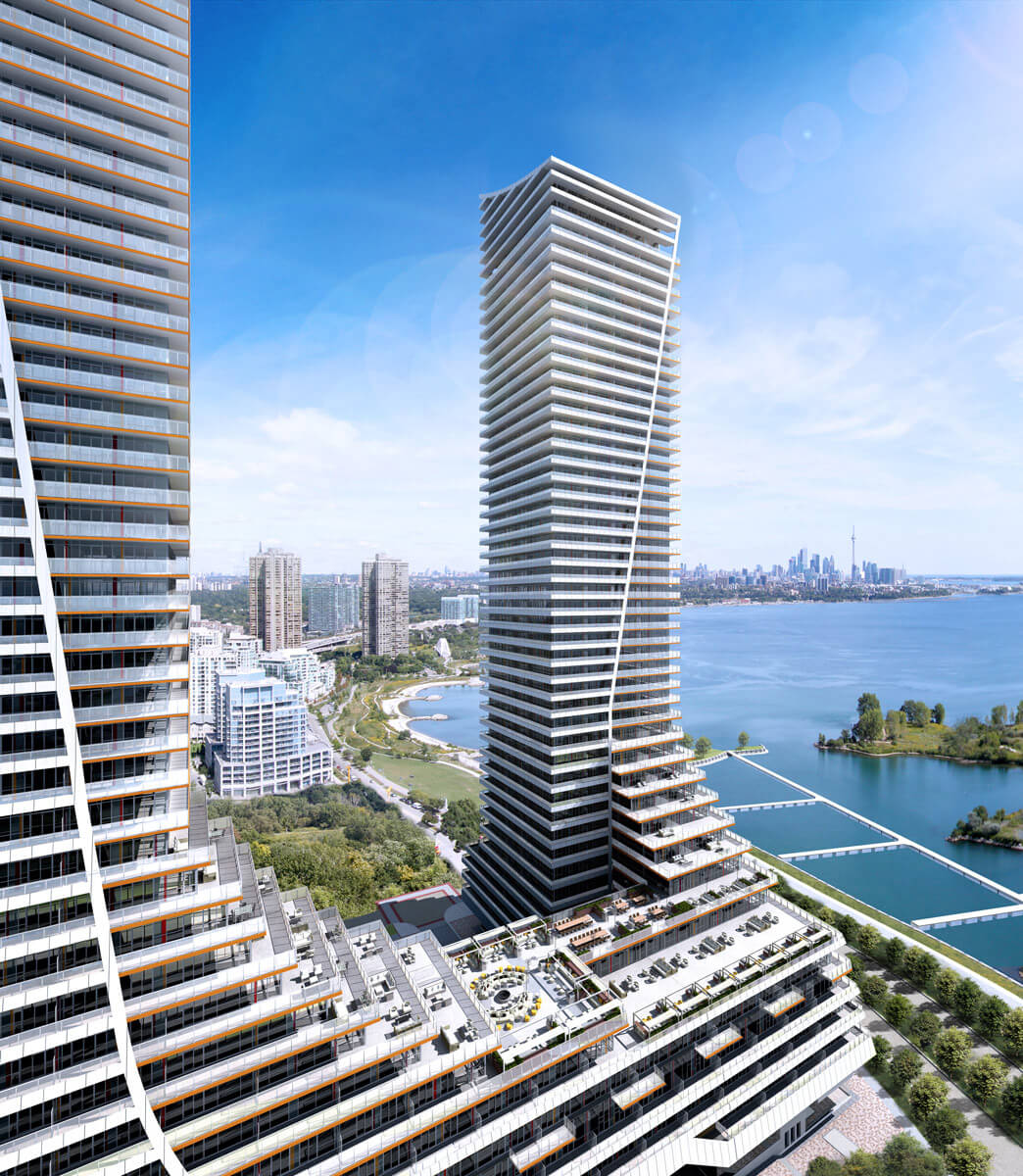 The building façades are accentuated by a clean white metal band that rises up the towers, culminating at the curved roofs that will become landmarks on the Toronto skyline. At night, lighting along the edge of the metal band provides a powerful image of the overall composition. Residents are provided with majestic views of the waterfront and downtown Toronto, while being fully connected by car, transit, GO and the waterfront boardwalk.

The Residences at RCMI